Oneday Productions presents ‘The Future is Now’, a captivating documentary series on the progress of disruptive technologies and their active role in shaping the future.

The film travels the world and exposes the latest happenings in the world of blockchain, AI, robotics, and even iGaming and CBD as of late. We speak to top philanthropists and thought leaders, former Presidents, forefathers of Silicon Valley venture capitalism and of course the pioneers of the future, all in an action packed, cinematic experience that is the documentary film series ‘The Future is Now’. 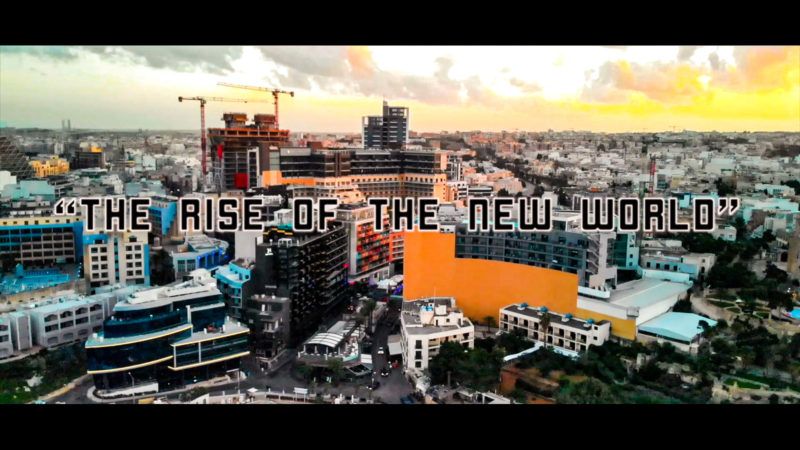 The roving crypto documentary The Future is Now Film travels to Malta for the 3rd time! AIBC Summit Winter Edition is an action packed episode filmed during the Malta Week organized by SiGMA Group in November 2019.

The film features a musician turned crypto entrepreneur Akon of the Akoin Foundation, the man who claims to be Satoshi Nakamoto Dr. Craig Wright the founder of Bitcoin Satoshi’s Vision, Bobby Lee from the Bitcoin Foundation, Irina Heaver of Emirex Exchange Middle East, Daniel Dabek of Safex E-Commerce App, Kieran Macleod of Longtail Financial, Serge Komaromi from B.O.S. Foundation, Gilberto Arredondo from Belega, Diego Mourad from S4FE Blockchain Foundation and Jonathan Shaw from SiGMA Group! Innovation, disruption and mass adoption surrounding the predominant issues of the blockchain space are carefully interwoven by Miguel Francis-Santiago to keep you glued to your chairs for the next 40 minutes! 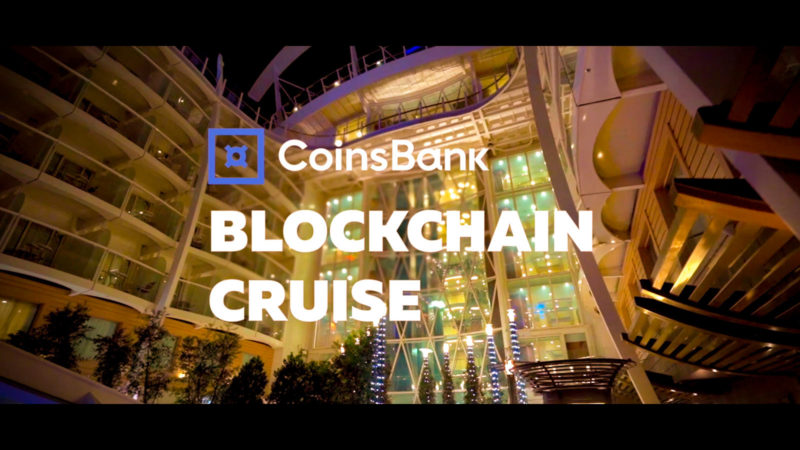 Let’s sail into the future! TheFuture is Now documentary film series presents Episode 09 Blockchain Cruise Mediterranean 2019 by Coinsbank. We swim through the ports of Palma de Majorca in Spain, Marseille in France, La Spezia Italy and end with Rome. Vit Andrusevich of Coinsbank together with Brandon Synth of Skycoin, Michael Terpin of Transform Group, Lev Leiman of To The Moon Game, Beatrice Collet of Chiliz, Didi Taihuttu The Bitcoin Family Dad, Tone Vays of Unconfiscatable and a surprise appearance by Brock Pierce of Bitcoin Foundation await your attention in this intense action packed episode of thrills and differences of opinion within the decentralized world of blockchain, Bitcoin and the future of mass adoption for this disruptive technology. 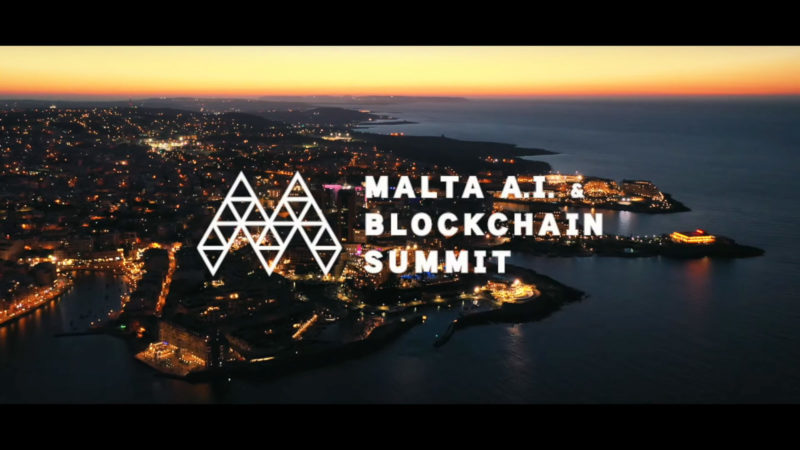 The winter is over, the summer is here! In this episode of #TheFutureisNowFilm the roving community driven crypto documentary, we bring you up close and personal into the action at the 2nd edition of the rebranded Malta AI & BC Summit 2019. Want to know what moved the price of BTC? Was the Game of Thrones involved? What will the future hold for mass adoption? What is wrong with our community that needs fixing? All this and more brought forth to you by the pioneers of the future, Brock Pierce of Bitcoin Foundation, Anna Frankowska of Nightset, David Wainwright and Gilberto Arredondo of Belega, Tone Vays of Unconfiscatable, Toufi Saliba of Toda.Network, Carla Maree Vella of My Blockchain Island, Miko Matsumura of Evercoin, Alan Tonetti of TaoDust and Eman Pulis of Malta AI & BC Summit! Stay tuned for the full film! 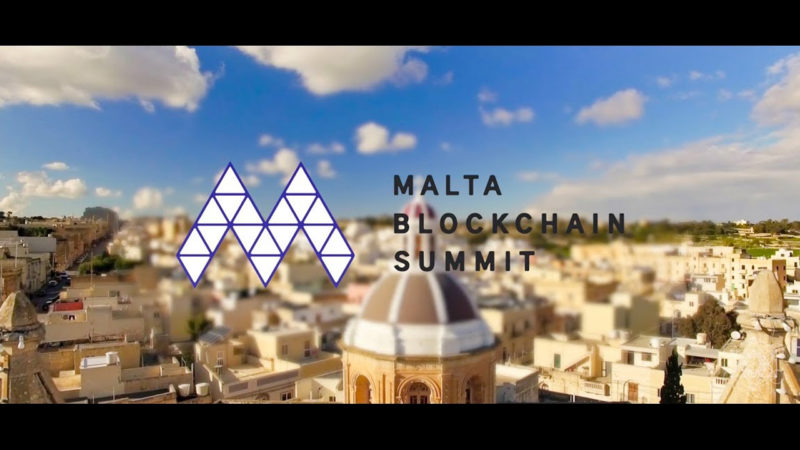 Full episode of Malta Blockchain Summit 2018 “Building a New World” is here! Exclusive inside from Brandon Synth of Skycoin on Deutsche Bank, Rothschild Group and JP Morgan! John McAfee’s controversial escape from Belize in his own words and much more. This time we head to Malta, the Blockchain Island, as we witness the creation of a new world, the crypto world, with full on support by the local government. 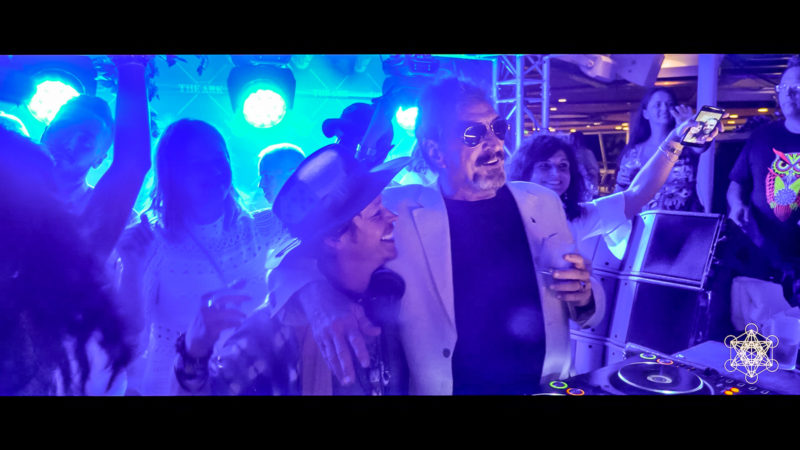 We release the full episode of Blockchain Cruise Mediterranean 2018 as Coinsbank prepares another journey in the sea this year in June 2019! Looking back at the previous conference through the lens of our camera you’ll get to virtually sail off Barcelona with John McAfee, Brock Pierce, Miko Matsumura, Roger Ver, Tone Vays and Jorg Molt, all going for a heated discussion on the deck, while McAfee gives amazing insight into the future of crypto industry’s potential. Oh and then there is Poker Night with Eric Benz & Daria Arefieva. But it doesn’t end there, John and Brock get behind the DJ booth and rock the boat for an awesome opening party! All this and more in this episode of our documentary film series that travels the world and covers the progress of blockchain technology. 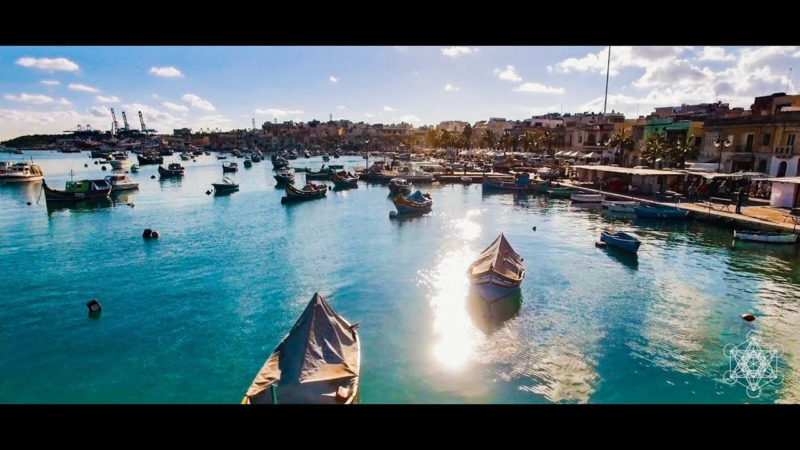 This time we head to Malta, the Blockchain Island, as we witness the creation of a new world, the crypto world, with full on support by the local government. We meet with Brandon Synth of Skycoin, a real use case that has been on the market for 10 years. We catch up with Miko Matsumura of Evercoin, John McAfee of McAfee Crypto Team, Jackie Hart of ZeroPoint, Phu Styles of Women in Blockchain, Mark Hamade of Vivaris Capital, Mike Butcher of TechCrunch, Marc P. Bernegger of Crypto Finance Group, and of course Eman Pulis the mastermind behind Malta Blockchain Summit 2018. Stay tuned for the full episode and join Miguel Francis-Santiago, our raving crypto documentarist to hone in on blockchain technology and its active role in shaping the future! 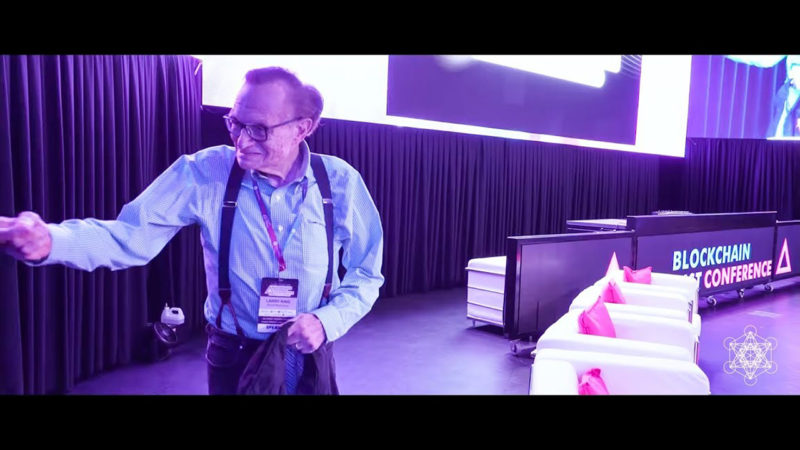 In the full episode of The Futurist Conference in Toronto we dive deep into the world of decentralized exchanges with Pablo Gonzalez and Genesis Blockchain Technologies. We witness Larry King going into Blockchain as he clearly supports this kind of future! We talk price as ETH crashes breaking all levels with Charles Hoskinson one of Ethereums original 8 and the Founder of Cardano. We also cover the future of crypto with Ryan Taylor the CEO of Dash Core Group and get a fiery melting speech by Max Keiser of the Keiser Report on everything thats wrong with the current economic model and baking world. We even catch Luke Wagman of CoinMarketCap and also manage to get a low down on the hottest crypto jurisdictions with Wayne Caines of Bermuda and Eman Pulis of Malta Blockchain Summit. 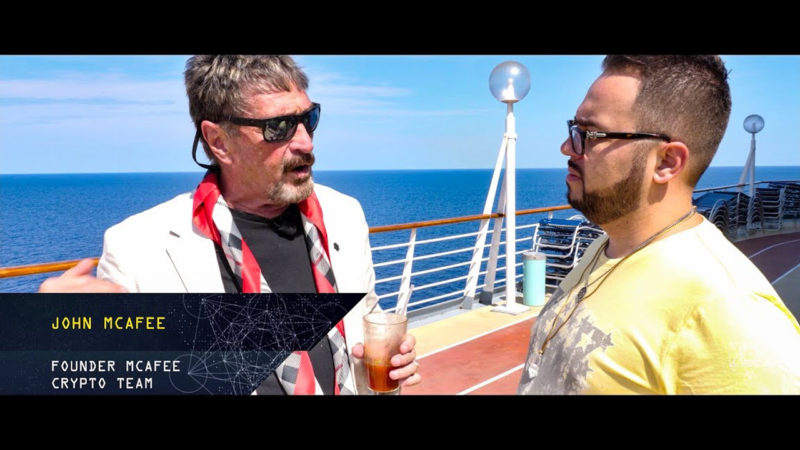 Now it’s time get locked up with nearly two thousand people on a boat rented out entirely by Coinsbank for the Blockchain Cruise Mediterranean 2018! We sail off Barcelona with John McAfee, Brock Pierce, Miko Matsumura, Roger Ver, Tone Vays and Jorg Molt, all going for a heated discussion on the deck, and amazing insight into the future by McAfee. But it doesn’t end there, John and Brock get behind the DJ booth and rock the boat for an awesome party! All this and more in this episode of our documentary film series that travels the world and covers the progress of blockchain technology. 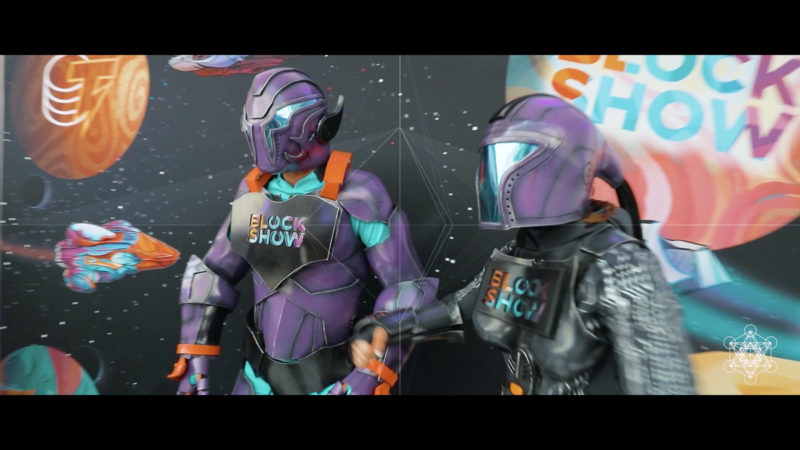 This summer landmarked one of the largest networking events with over 7000+ meetings officially booked at the BlockShow in Berlin powered by Cointelegraph! We head to the one of Europe’s biggest Blockchain hubs to bring you the hard-hitting recap of what the future holds for the crypto industry with veteran pioneers like Eddy Travia of Coinsilium and Mark P. Bernegger of Crypto Finance Group, blockchain innovators Gauthier Bros of SaTT Platform and Michelle Yelo of DataVLT, and Johanna Maska the former Head of Press Advance for U.S. President Obama! A Lambo 101 with Vit Andrusevich the CEO of Coinsbank as well as some exclusive scoops about the blockchain space with the CEO of the BlockShow Addy Crezee! 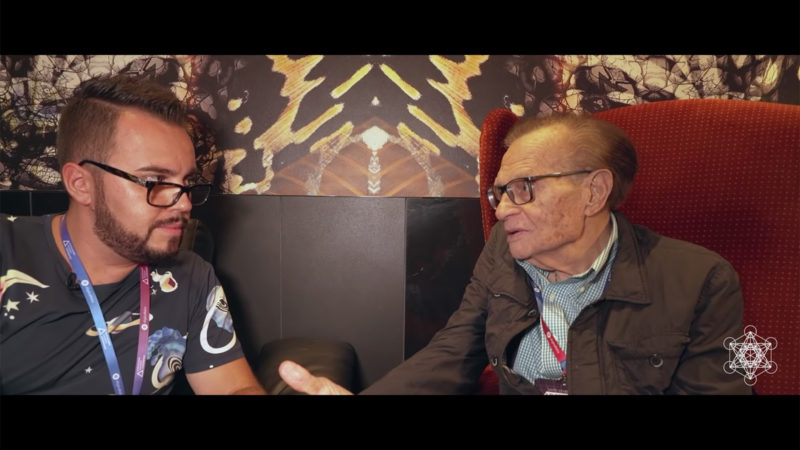 This time we head to Toronto for The Futurist Conference right as ETH takes the fall breaking all levels. We catch up with Charles Hoskinson, the Founder of Cardano and one of Ethereum’s original 8 and Ryan Taylor the CEO of DASH Core. We meet with Pablo Gonzalez of Genesis Blockchain Technologies, a young pioneer who is spearheading a unique crypto exchange in the space. We also see Larry King move into the Blockchain world! And get an avalanche of truth and crypto-fire from Max Keiser of The Keiser Report. Stay tuned to the full episode only at The Future is Now Media Network. 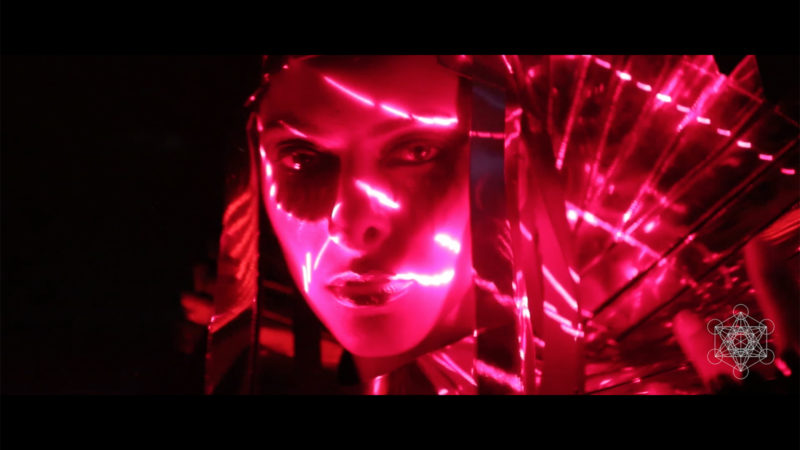 The Future is Now covered one of the most mesmerizing events of the year, Futurama Blockchain Innovators Summit Spain 2018 on the magical island of Ibiza. We caught up with Brock Pierce, Alex Lightman, Roger Ver, Evan Luthra, Phu Styles, Joshua Hong, Jeremy Gardner, Maria Prusakova and Jackie Hart as well as some top innovators of tomorrow like Mind AI, QLEAR, Coinweb and CryptoFriends. We saw before our very eyes the creation of a new standard to networking and implementing blockchain technology and we are excited to bring you up close and personal in this episode of our documentary series. Stay tuned for the full episode coming soon! 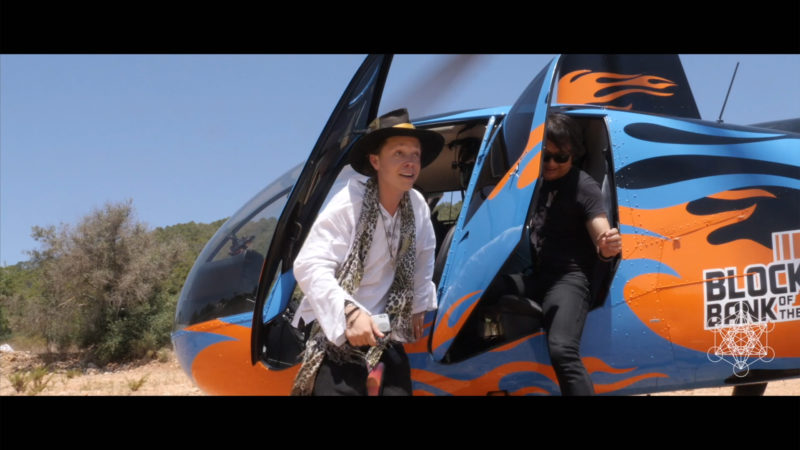 The Future is Now will travel to Futurama Blockchain Innovators Summit Spain in Ibiza from Sep. 10th-13th and here is a better glimpse of what we expect to see! Top exchanges, funds, thought leaders and innovators of the blockchain space all congregating in a family-like, grounding experience which will be Futurama Ibiza. Use this link https://futuramasummit.com/?r=5584745 and promo-code MIGUEL for a 10% discount on tickets! 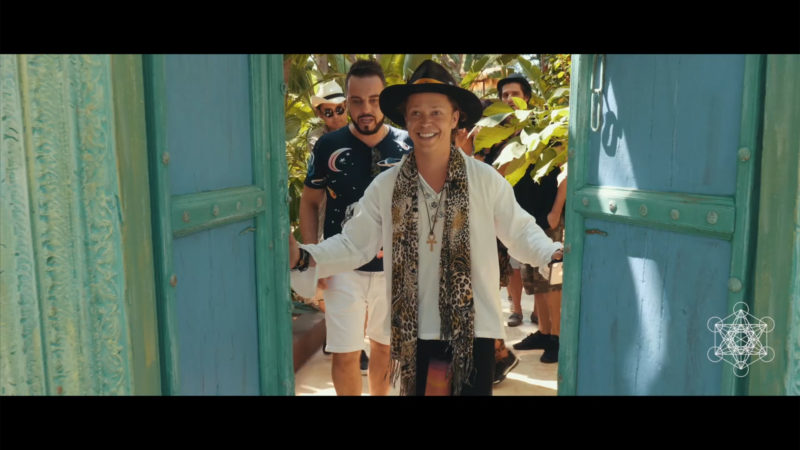 The Future is Now documentary series will visit Futurama Blockchain Innovators Summit Spain due to be held Sept. 10th to the 13th 2018.
This time Futurama Blockchain Innovators will gather influencers who decide the future of the crypto industry. Leading exchanges, world regulators, influential media, and brave ICOs will oppose, debate, and… no one knows who will win the first Futurama Global Stage ICO Competition with the grand prize of being listed on 3 top exchanges and half a million dollar prize! 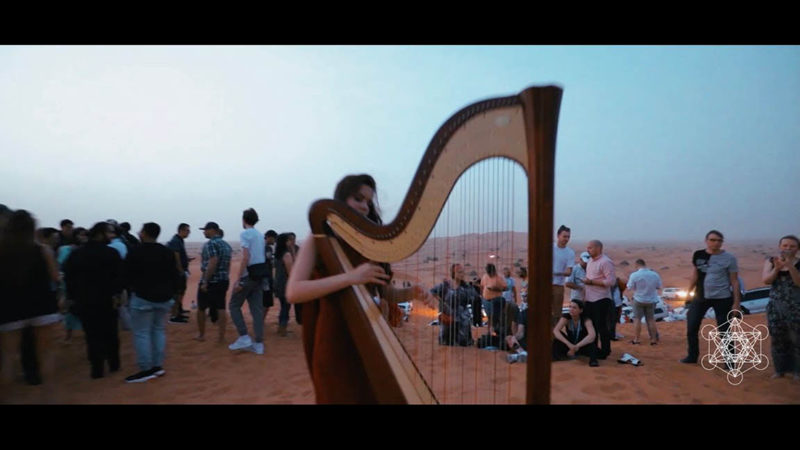 The first episode of The Future is Now, a documentary film series on the progress of Blockchain technology, takes us to Futurama Blockchain Innovators Summit in Dubai. An event that has already been called “the best event this year” by some of the leading minds in the crypto world. This episode covers some of the daunting obstacles facing the crypto community during the time of Futurama Dubai as we dwell deep with Brock Pierce, Miko Matsumura and Christian Ferri. We also speak to pioneers of the future, projects that are disrupting several industries with Blockchain technology. Kasko2go – car insurance on the blockchain. Terra Virtua – create your own 3D and virtual world on the blockchain. Bitnautic – ships and world shipments on the blockchain, and Vimana Global – Blockchain aerospace low-altitude flying taxis! The revolution is coming, The Future is Now! 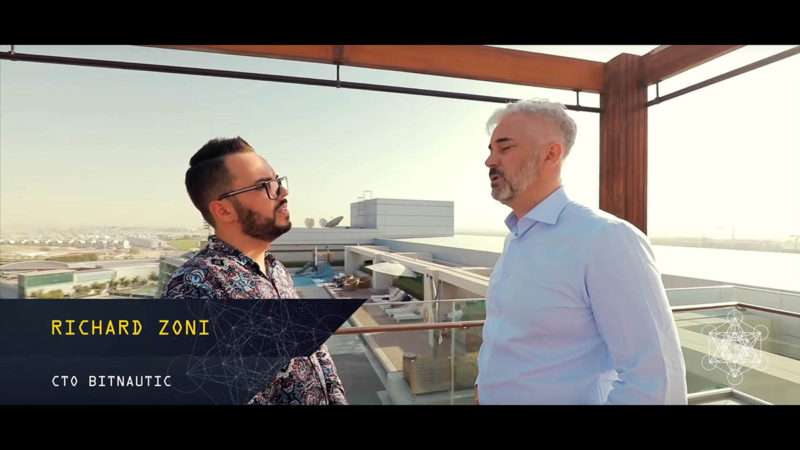 The Future is Now is a documentary series, showcasing the future of blockchain technology and it’s overall progress. The first edition of the film takes us to Futurama Blockchain Innovators Summit which gathered some of the leading minds in the world of crypto in Dubai, the city of the future. One the central themes in this episode are the blockchain pioneers of innovation and the struggle that they are faced with in changing the world and creating new avenues for technology, blockchain and prosperity. Stay tuned for the full documentary soon on this channel! 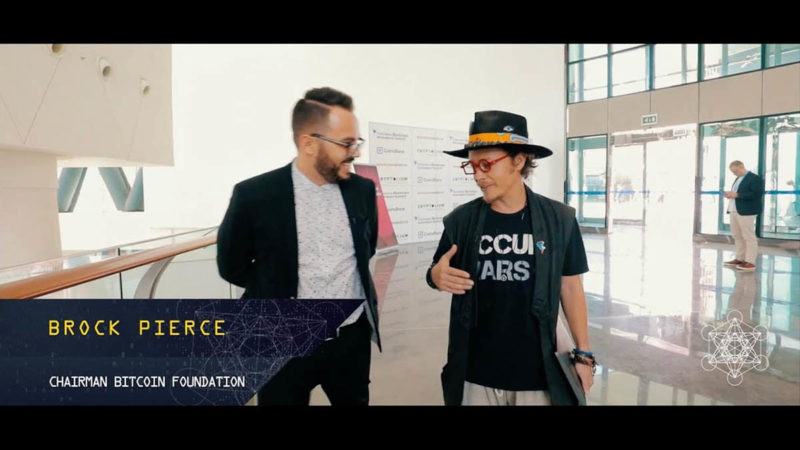 Futurama Blockchain Innovators Summit gathered some of the leading minds in the world of crypto in Dubai – the city of the future. The Future is Now is a documentary series, showcasing the future of blockchain. The first edition of the film will take a closer look at the pioneers of the future, the struggle that they are faced with in changing the world and creating new avenues for technology, blockchain and prosperity. Stay tuned for the full documentary soon on our channel.