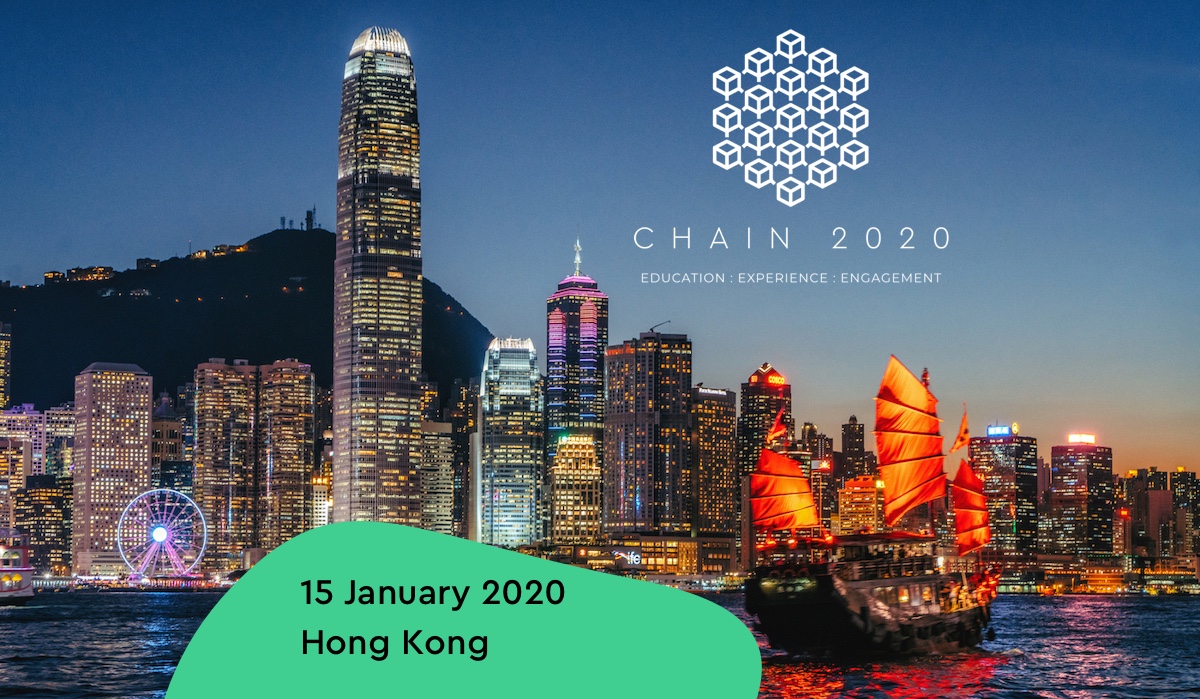 PRESS RELEASE — 10,000 participants are expected to join CHAIN2020 in Hong Kong on January 15, which aims to become one of the largest blockchain educational conferences.

CHAIN2020 launches a series of educational conferences supporting Blockchain & FinTech initiatives in Asia and provides an opportunity for curious and intrepid individuals to engage in innovative conversations about the future of humans and technology.

The conference features more than 35 worldwide famous and brightest speakers, including:

The panel discussions at CHAIN 2020 are covering topics on blockchain application for government and public sector, on how cryptocurrencies are enabling financial freedom, on possible implications on future financial crisis or government involvement in launching cryptocurrencies, as well as on general FinTech and AI trends.

The global economy is changing at the speed of a sound as the technologies burst into the everyday life of modern society. Yet most of the people are still left behind due to the relatively low level of adoption of such notions as blockchain, cryptocurrency, DLT. CHAIN2020 aims to produce a comprehensive local source of blockchain knowledge, enhancing the mass adoption of the new technology in the region to serve good for business, science, and society.

The Future is Now Media Group along with Miguel Francis-Santiago will be there producing another episode of The Future is Now Film as well hosting a panel focusing on the hottest corporate trend of 2020 which is Artificial Intelligence. If you are in town make sure to swing by and catch our lens!