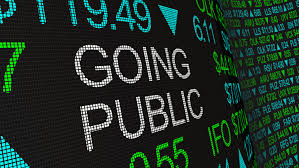 West Coast Aquaculture Group (WCA) is all ready to conduct its initial public offering (IPO) on Sydney Stock Exchange. The development was recently announced by Stax, which is a cryptocurrency-friendly capital-raising platform headquartered in Australia. In this initial public offering, the company will be accepting the stablecoin USDT along with the Australian Dollar as means of payment.

Furthermore, it is divulged that all the individuals who will partake in this offering will be able to buy the company’s equity using Tether and the Australian Dollar. In addition, the reason why Tether is selected over the two major digital assets, BTC and ETH is the price stability of USDT.

The CEO of Stax, Kenny Lee has emphasized the advantages of stablecoins over other cryptocurrencies. As per him, stablecoins come with all the features of digital assets without any significant volatility. Furthermore, the use of USDT as a payment method in the aforementioned IPO marks a transformative step. This will eventually lead to widespread espousal of digital assets in the nation. He further mentioned that Stax might look for the provision of other stablecoins as well.

The least target of WCA is five million USD and when the raise will be accomplished, the company is preparing to float its shares on the Sydney Stock Exchange.