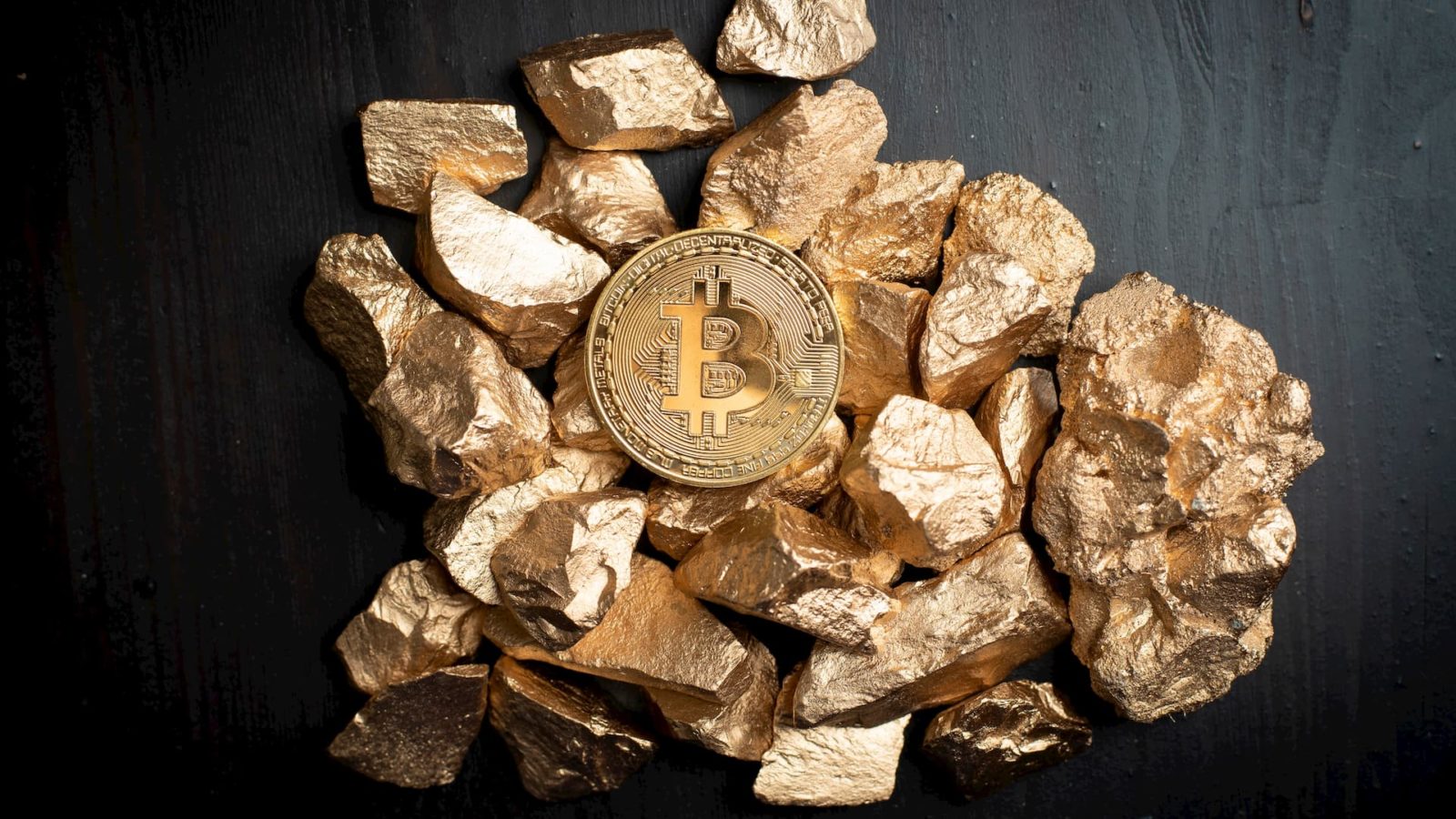 For the past month, I was re-evaluating some of my models and developed a new one, which I will explicitly use to locate potentially “explosive” tokens, ripened for a good pump.

I was absolutely right when I made a price prediction back in May and June that Bitcoin will reach the $22000-25000 price range by the end of this year, but I was also anticipating to see ETH reaching at least $1200. Later in October, I changed my forecast to “more realistic” $700. That being said, I prematurely sold my BTC around the $14000 mark, and partially re-allocated those funds into ETH, which allowed me to minimize my losses, hence I do not regret my decision because I am still bullish on ETH.

As Bitcoin moved over the $24000 mark, it’s not clear how far it will go, because this is the furthest we ever got.

Before jumping straight into the analysis, let’s see what’s different this year:

What does it mean for Bitcoin? Let’s combine it with fundamental analysis and use it to draw logically coherent conclusions.

The first thing that I would like to look at is a social volume – currently, it’s much lower than it was in November when the price was at lower levels. It’s a good indicator that price is not driven by retail FOMO

Bitcoin Weighted Social Sentiment indicator shows a rapid change in social sentiment from slightly bearish to strongly bullish after BTC surpassed the 21k mark. This is a strong indicator and it’s usually correlated with price growth.

On the graph, we can see a massive spike in the amount of BTC moving from individual addresses to known exchange wallets on December 17th, suggesting that some investors are willing to exit their BTC positions for the time being.

That being said, over the weekends the exchange inflow is back to regular, meaning that the sales pressure is not consistent enough to push the price down significantly.  It looks slightly bearish, but not bearish enough to cause a massive price drop.

We can see that we had a massive volume spike when Bitcoin price reached the 21000-24000 range, and then it went to its average values on weekends, which happens regularly on weekends when people trade less. The current value looks neutral

DAA remains in a very bearish area since late October, but as we know the price continues to grow regardless of bearish fundamentals. If the price is driven by institutional investors this time rather than by retail investors, then DAA will not show any upcoming corrections or price spikes, as it did previously this year. Hence, even though the DAA is a very strong indicator, I will dismiss it for BTC for a moment, since it lost its value when BTC became institutionally driven. Lesson learned.

The higher the MVRV ratio, the bigger the unclaimed profits, and the more likely it is that BTC holders will begin to exit their positions and take profit. Because of this, analyzing MVRV levels around ​previous price tops​ can reveal at which profit margins BTC holders were comfortable selling in the past. Current BTC(180) MVRV is at 52%. As a note, a value above 30% is considered bearish, hence MVRV remains bearish

The correlation coefficient between BTC and stock market: remains at a relatively high level at 0.8, showing that Bitcoin is moving within the increasing trend of traditional stock markets.

Social Volume – price went up with very low social volume, which indicates that price is pushed despite low attention to the token at the moment. The previous spikes were recorded around news related to ETH 2.0 but at the moment the social volume is very low, and yet the price is still growing. A strong indicator of healthy growth.

During the initial release of 2.0, we were observing a massive spike in the amount of ETH moving from individual addresses to known exchange wallets, but since then the inflow has dropped to its regular values. While it’s not a reliable indicator, it hints to us about positive health and good grounds for a price pump.

ETH 180 MVRV has entered a bearish zone at the end ofovember, nevertheless, it’s slightly better than BTC, hence it’s fair to assume that ETH still has more space for growth than BTC

ETH MVRV remains at 42%. Any value over 30% is considered bearish

According to the on-chain data, ETH volume has significantly dropped in comparison with December and currently stays slightly below its mean value. While it’s not a strong bearish signal, it shows a lack of bullish momentum at this moment.

The past week looks insanely bullish for ETH, as its network growth has an unprecedented spike. It indicates a large number of new addresses created, hence we should anticipate that 2021 will be very positive for ETH.

– Bitcoin can move over $25000 but it lost some of its bullish fuel and we might see a correction, before moving over $25000. However, we are unlikely to see $14-17 levels in the near time. My decision to sell BTC at $14000 was premature, but at the same time I re-allocated most of the funds into ETH and alts, hence my losses are relatively small. It’s important to remain over $20,000. This will allow us to surpass $30,000 next year

– After Bitcoin season, we should anticipate “Altcoin season”. The best time to allocate funds into altcoins is during the Bitcoin pump, hence I am considering allocating a little bit more into altcoins. I will talk about my new research method further in the report.

My overall forecast for January: overall traditional markets anticipate growth in the coming year, mostly due to vaccination and the following recovery in economics, employment rates, and profits. That being said, this forecast can be easily ruined by any large-scale event, as happened with COVID-19 this year. If markers will continue recovery and growth, then we should anticipate BTC to follow them. I dismiss most of the “doom and gloom” forecasts for the following year.

As for the crypto market, I still hold to my prediction that ETH will outperform BTC because BTC is a great “gateway” for institutions into crypto, but Ethereum is the one that creates modern crypto-infrastructure, which means that as soon as institutional investors become confident in Bitcoin, their next choice for allocation is Ethereum. Considering that Ethereum has a much more important role and usage in crypto infrastructure, it’s likely to outperform Bitcoin in a long run.  My personal target for ETH: $2000

Now, let’s talk about a model that I used in November to find tokens and then watched their performance in November. This model showed the most consistent results, hence I decided to publish it. That being said, it’s still going through testing and doesn’t have enough data for a solid “YES”, but after tuning the model and comparing it to existing models on Santiment Base Pro, I decided to stop on the following model.

– The token should have at least $5,000,000+ in daily on-chain transaction volume. This number seems to be reasonable – it indicates that token is relatively safe to trade, has liquidity, and ahs some basic resistance to a smaller whale manipulation

– MVRV ratios of <1. It means people who purchased this token month ago haven’t made any profits since then. This allows us to avoid tokens that just went through a price pump

– Token should have at least 500+ daily addresses. Five hundred is a reasonable number, as not every token on the TOP-100 list has that number. I have seen even tokens in Top-60 which had less than 100 active addresses. If we see a lot of usages, decent volume, and good MVRV – it means that the project is ready for a price surge and just needs a small push before taking off.

So, let’s take a look at a list of altcoins that I got today when I used this filter.-

Note: Tether tokens, like sUSD, TUSD, and Tether can be ignored.

I plan to make a separate article about this, so I will not stop on every token here. Instead, I will give my brief opinion on some of them.

Badger DAO – I have never heard of this token before, but I am surprised to see so many active addresses and such a volume for this project. This is what their official website states at this moment:

“Badger is a decentralized autonomous organization (DAO) with a single purpose: build the products and infrastructure necessary to accelerate Bitcoin as collateral across other blockchains.

It’s meant to be an ecosystem DAO where projects and people from across DeFi can come together to collaborate and build the products our space needs. Shared ownership in the DAO will allow builders to have aligned incentives while decentralized governance can ensure those incentives remain fair to all parties. The idea is less competing and more collaborating.”

I might need more time to research this project because so far it doesn’t seem any special than other DAO DeFi projects. That being said, its on-chain metrics shows me that this token might have strong Bullish potential.

Balancer, Curve – both are pretty good tokens in my opinion and both are below their ATH when DeFi reached its peak earlier this year. Definitely, something I need to check and consider for investment since they have good metrics and they provide demanded services.

Base Protocol – a very interesting project, although I am not sure how serious it is. According to the official website, Base Protocol (BASE) is a token whose price is pegged to the total market cap of all cryptocurrencies at a ratio of 1: 1 trillion. BASE allows traders to speculate on the entire crypto industry with one token. If the crypto market cap is $450B, BASE is $0.45.

I do have some doubts about the economical consistency of this model, hence I will research it next time and will give you my opinion about it

OMG – I got rid of OMG a while ago, however, I anticipate it to have a good pump during the next ETH rally. The current price is at $3, while its ATH was at $28. I anticipate that OMG can give at least 300% growth in 2021

Brief Altcoin summary: I do not take any actions at this moment, and patiently wait when “Bitcoin season” will turn into “Altcoin season” as it previously happened several times. It might take a while, but it’s important to remain patient. Good old altcoin times are coming soon again 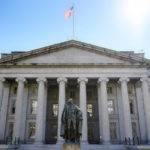