Malta AI & Blockchain Summit will be Europe’s largest event for the blockchain, AI, and emerging tech sectors, it was today confirmed by the events company SiGMA Group – the team behind the forward-thinking business technology expo. More than 6000 are expected to attend the show, taking place on 7th and 8th November at the Intercontinental Hotel in St Julian’s,
Malta.

The Future is Now Media & Consulting Group has entered into official partnership with SiGMA and will be creating high production value branding films for all the summits hosted by the company during the month of November in Malta, including the Cannabiz World Summit 4th and 5th of November, the above mentioned Malta AI BC Summit and SiGMA’s World’s iGaming Village at the end of November 2019. The plans are also in the works for Manila 2020.

In addition to this enviable schedule of engaging content, the AI Start-up pitch will highlight 10 of the best Start-ups at the conference (there will be 100 or more in the Start-up village). Each of these 10 companies will pitch their concepts and services to a panel of judges, with one set to win a business-supporting package for the year.

The AIBC Awards on 7th November will be a glittering celebration of the best of the best in the worlds of AI, blockchain, tokenisation, robotics, IoT, and more. A charity event will wrap up the evening, with the intention of raising a 5 figure sum for the SiGMA Foundation’s global activities to help those in need.

You can thoroughly take a look at the experience behind what we call the golden globes of crypto by watching our first film at Malta AIBC Summit’s inception in November of 2018.

Finally, this year’s show also adds glitz and glamour to the proceedings, courtesy of Grammy Awards-winning artist Akon, who will be delivering a keynote on the main stage about his West African AKOIN project, as well as performing at the extravagant closing night on Friday 8th
November. 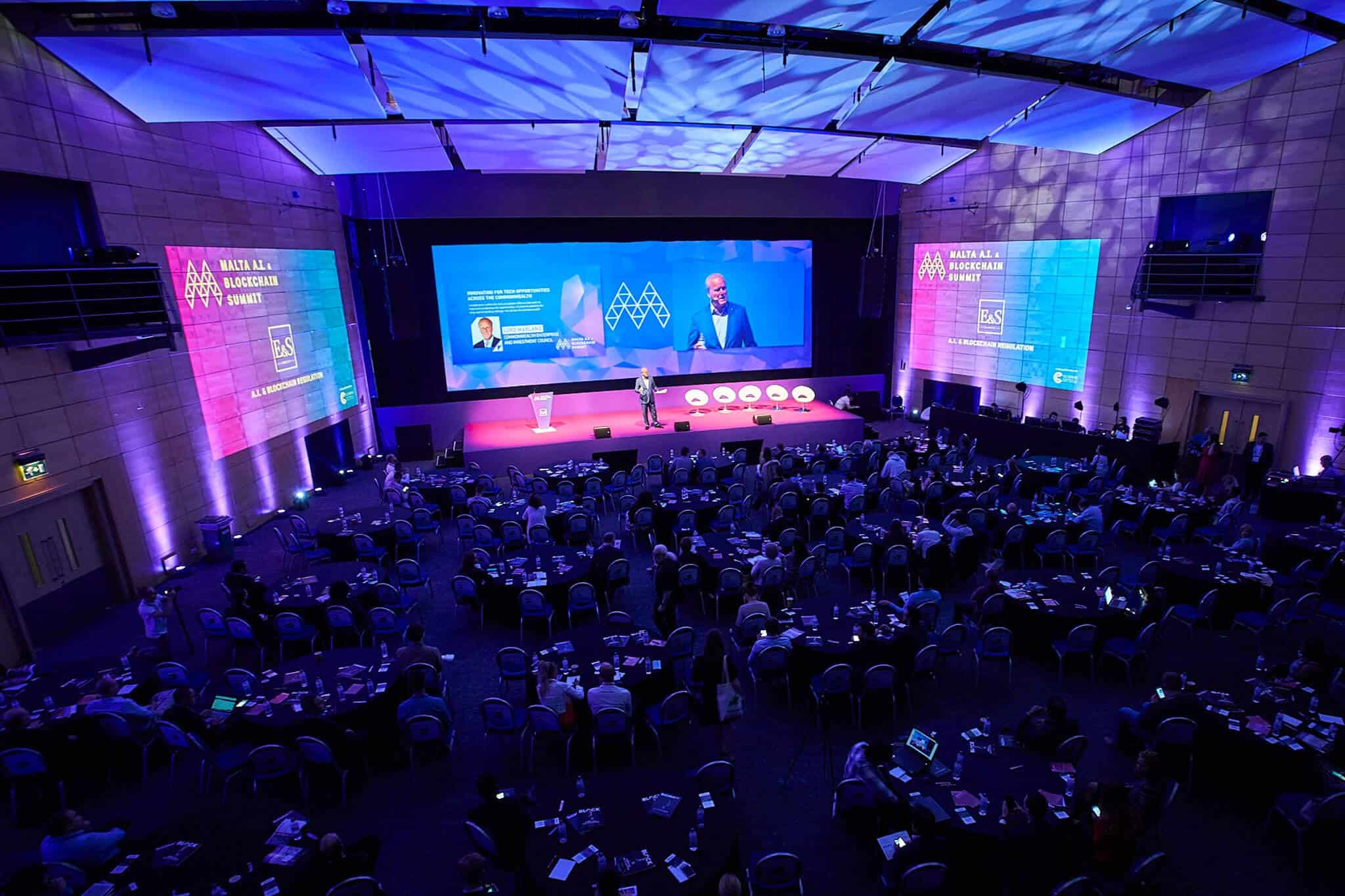 Eman Pulis, CEO & founder of SiGMA Group and AIBC Summit , said, “We’re so excited to bring this third edition of AIBC Summit to fruition in November. Alongside the latest government initiatives to further establish Malta as Europe’s leading hub for technology, our wider Malta Week activity will develop the synergy between the blockchain and medical cannabis sectors, offering a profitable new direction for smart DLT investors. It’s set to be a busy but successful week for everyone!”

About AIBC:
Malta AI & Blockchain Summit is a bi-annual expo covering topics relating to the globalsectors for blockchain, AI, Big Data, IoT, and Quantum technologies. The event includes conferences hosted by globally renowned speakers, workshops for industry learning and discussion, an exhibit space accommodating more than 400 brands and much more.

The first Malta Blockchain Summit took place in November 2018 at the Intercontinental Hotel in St Julians, Malta, attracting 8,500 attendees from over 80 countries worldwide, with 300 sponsors and exhibitors, 200 speakers, and No. 1 AI VIP (Sophia the world’s first robot citizen). With strong support from the Maltese government, the event has quickly established itself as one of the world’s leading destinations for the growing sectors of AI,
Blockchain and DLT, IoT, and other vertical industries.

At the 2018 event the Maltese government introduced 3 new bills to support the growth of the sector and promoting Malta as the “Blockchain Island.”

The Future is Now Film Series will be producing a high production value documentary branding film serving as a vehicle to scale the brands, communities and professionals in the blockchain space. This lucrative opportunity for exposure is being offered at the AIBC Summit’s online sponsorship section within the website, currently looking for co-producers to join the project that will be realized at the Malta AIBC Summit 2019 Winter Edition and geared towards mass-adoption. Enjoy the previous film from the Spring edition of the conference and don’t hesitate to contact media@thefutureisnow.community for all the details. This is a film created by the community for the community, for we believe – community is power.