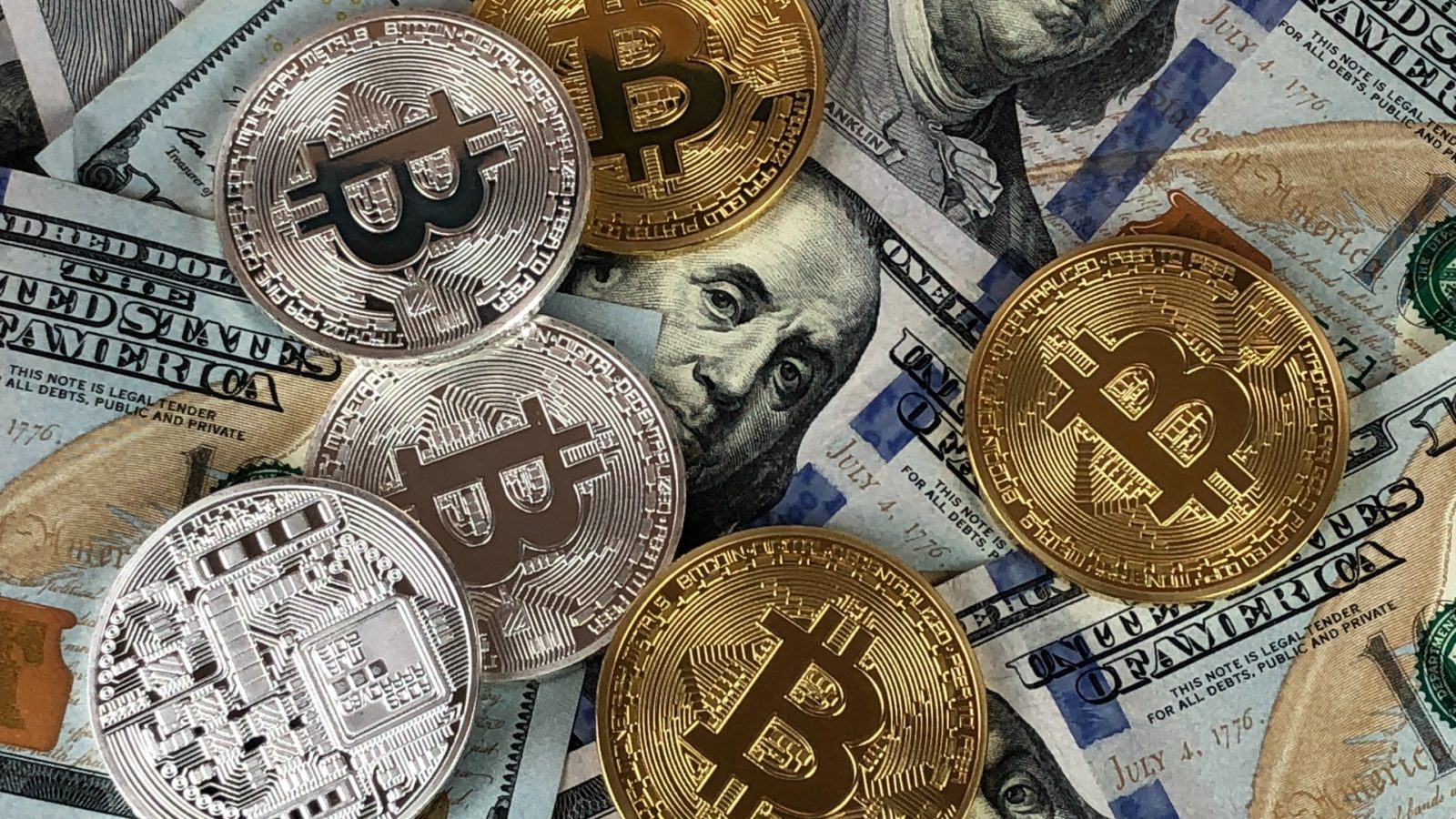 As the crypto-market goes through a rollercoaster of DeFi hype caused by Sushi controversy and Uniswap distribution, it’s important to look at some fundamentals and navigate through informational and speculative buzz around Bitcoin and Altcoins. In this article, I decided to make an overview of important metrics and determine the state of the market.

The first and foremost important metric for me is DAA (Daily Active Addresses) vs Price and its divergence coefficient, which is provided by Santiment. The reason why I pick these metrics is that it indicates the fundamental activity level. If I would extrapolate this onto traditional business, it would equal to the number of attendants of the Disneyworld parks, that purchase tickets, merchandise products, and food inside the park. In a way, high DAA is similar to Disneyworld peak seasons. The more visitors you have, the more sales you can anticipate in the park itself. But for how long would the park operate, if the prices would continue to grow while the number of customers would continue to decline?

After a slow couple of weekends, BTC picked up the pace yesterday and its DAA steadily demonstrates growth since Monday. This is a good bullish indicator, that being said, it’s still quite weak to fuel an anticipated bull rally to $20,000 unless Bitcoin will suddenly increase its daily activity due to some large shifts in traditional markets or fundamentally vital crypto market changes. The current price perfectly corresponds with the DAA, which indicates that bears are getting weaker but at the same time it doesn’t look enough convincing to make a significant breakout move.

Why did I mention traditional markets?

Unfortunately, that just adds another unknown variable to the market equation – a direct consequence of BTC institutionalization and worldwide adoption. That being said, on-chain data can still help us to determine whether the asset is undervalued or it grows due to a speculative bubble, so let’s take a look at MVRV that shows us the average profit/loss of the coin to the current price.

MVRV(60) shows us a neutral/weak bullish sentiment for BTC which creates a strong support level against bears and in combination with DAA indicates that we are unlikely to see another massive BTC correction that will leave BTC below $9000.

The DAA vs Price situation looks quite controversial. Overall, the ETH price vs DAA shows a weak bearish trend and a significant activity drop since August. At the same time, due to UNI token airdrop, the DAA of ETH strongly increased over the past 24 hours, sending a bullish signal.

In case if you missed this massive news and UNI tokens “airdrop”, I recommend you to read this Santiment.Insights article to get a general understanding of the Uniswap token airdrop (distribution).

So how do I interpret this data? The answer is straightforward: if ETH will be able to sustain this DAA continuously for the next 7-14 days, then we can talk about a strong bullish signal. To get a more detailed picture, we need to check other on-chain indicators.

Network Growth is a great indicator, as it allows us to determine upcoming trend changes. For example, when the network stops growing but the price continues to increase, it indicates that the asset is very likely to have a correction, which we can observe on the graph above. Since mid-August, network growth dropped and a couple of weeks later, ETH followed this trend. The current Network growth indicator signals about network growth recovery and gives ETH bulls some hope to re-test $475 and $500 if ETH will be able to sustain this growth. Until then, ETH network growth remains weak and needs more action for a solid bull run.

Another fundamental indicator that I use is transaction volume. Transaction volume in general shows us the aggregate amount of ETH tokens across all transactions that took place on the network during the day. This indicator doesn’t necessarily show whether the market is bearish or bullish but it can indicate the strength of one or the other trend.

In this particular case, we can see a significant increase in ETH volume for the past week, which is a good sign and might give bulls some fuel for another attempt to move over $400. Another positive signal comes from an Ethereum Daily Transaction Chart, which shows us record high values since 2018.

Overall, ETH looks much better than it was a couple of weeks ago. This a good opportunity for bulls to push the price over $400 mark again. That being said, it’s important to keep in mind that this sudden spike of DAA and volume caused by Uni hype, can vanish by the end of next week, causing a 10-20% correction. In this particular case, I will continue to watch ETH DAA, network growth, and transaction volume to determine the longevity of this bullish sentiment, which I am skeptical about until I get a solid confirmation that this is not just a temporary rendezvous between ETH and Uniswap hype.

As the UNI token was distributed among Uniswap participants, the market capitalization of UniSwap has reached $600,000,000 when the price peaked at $8 per token. Such a sudden growth, caused mostly by vivid speculation, might leave some investors with a bitter aftertaste. On-chain data suggests that there are over 39.8 million tokens are still unclaimed UNI tokens or 240 millions in dollar equivalent at the current UNI rate. As the price grows, the incentive to “HODL” free, airdropped token decreases.

An additional red flag comes from the token distribution itself. Some users, who actively participated in Uniswap liquidity, reported insanely large airdrops. Even for the past 24 hours, some accounts claimed more than 700,000 UNI tokens:

With such a massive sale incentive, I doubt that token can keep any sustainable growth and will likely go through a series of corrections. When the price went up to $8, our analytical team predicted that price will pull back to $5. Keep in mind that for a price to grow, you need somebody on the other end willing to buy it and it’s hard to avoid a massive correction when you have more incentivized people to sell than you have people willing to buy.

How many Unclaimed UNI out there left?

As you read, about 39.8 million tokens are still unclaimed, that means that over 73.5% of tokens were already claimed

The claimed UNI tokens are split into two broad categories: Moved after claimed and Not moved (dormant), and segmented further by their end location to:

Interestingly enough, it seems that the vast majority of traders preferred to move it to centralized exchanges (50%) rather than DEX (10%). Only 1/4 of claimers decided not to move the token and “HODL” it for a while.

One of the most important metrics, in my opinion, is “active addresses” indicator. This metric indicates that addresses activity has drastically dropped and the overall trend indicates the decreasing interest in the token, which eventually leads to the price fall.

Overall bearish trends can be confirmed by looking at the volume. It’s quite difficult to keep a bullish trend if the volume had such a steep price drop. While there is no guarantee that some sudden news, exchange listing, or protocol change won’t spark another volume spike, the current trend indicates the bearish sentiment.

This premise can be confirmed by Social volume:

The social volume shows the number of mentions of the coin on 1000+ crypto social media channels, including Telegram groups, crypto subreddits, discord groups, private traders chats, etc. There is no doubt that there is a direct and strong correlation between the price and mentions of the token. As the hype around the token calms, price also decreases.

Based on this data and basic Technical Aanalysis, we anticipate that UNI price will drop to a $2.75 – $3.40 price range within next 3-14 days, unless we will see some massive news that will bring market attention back to Uniswap token.

Similar trend can be observed with the “Sushi” token:

Every price spike was correlated with increased discussion and social attention. Surprisngily, Sushi is still discussed, which means that token still has some “hype” potential. While both price, volume, and rewards sent the token into a downward trend, we do not anticipate the token to have another 50-75% price drop from the current price.

Based on the trading and social volume, it’s safe to assume that $0.7 would be a relativly safe entry point. That being said, we are unlikely to see Sushi back at $7-$10 during the next pump due to reputational losses caused by the Sushi founder, hence we consider to close Sushi position at $3 price mark

Is it the end of liquidity tokens hype?

Far from it. It appears that Uniswap triggered another boom in liquidity mining and had a very healthy impact on the DeFi market and UniSwap ecosystem:

Should we anticipate another bull run caused by a second-wave of the DeFi boom?

In my opinion, November 2020 will be far more crucial for crypto markets for two reasons:

Overall, the market looks much better than it did at the beginning of the month. The DAA, MVRV, and Volume is definitely on the bullish side. At the same time, all these changes happened only during the past 5 days, hence it’s way too early to make any bullish statements as it might change at any time. In my opinion, due to the absence of strong bullish signals, decreasing trading volume and decreasing hype, ETH and BTC won’t be able to move over $500 and $12000 respectively in the near days or even weeks. Traditional markets are quite uncertain due to unclear results of the upcoming 2020 elections in the US. This uncertainity might decrease daily volume and activity on Bitcoin and Ethereum blockchains, leading to a continuous side movements in a $9200 – $12000 price channel. If market won’t be able to sustain BTC and ETH volume at July levels, then we have all chances to see ETH back to $320-340 levels again in the following weeks.