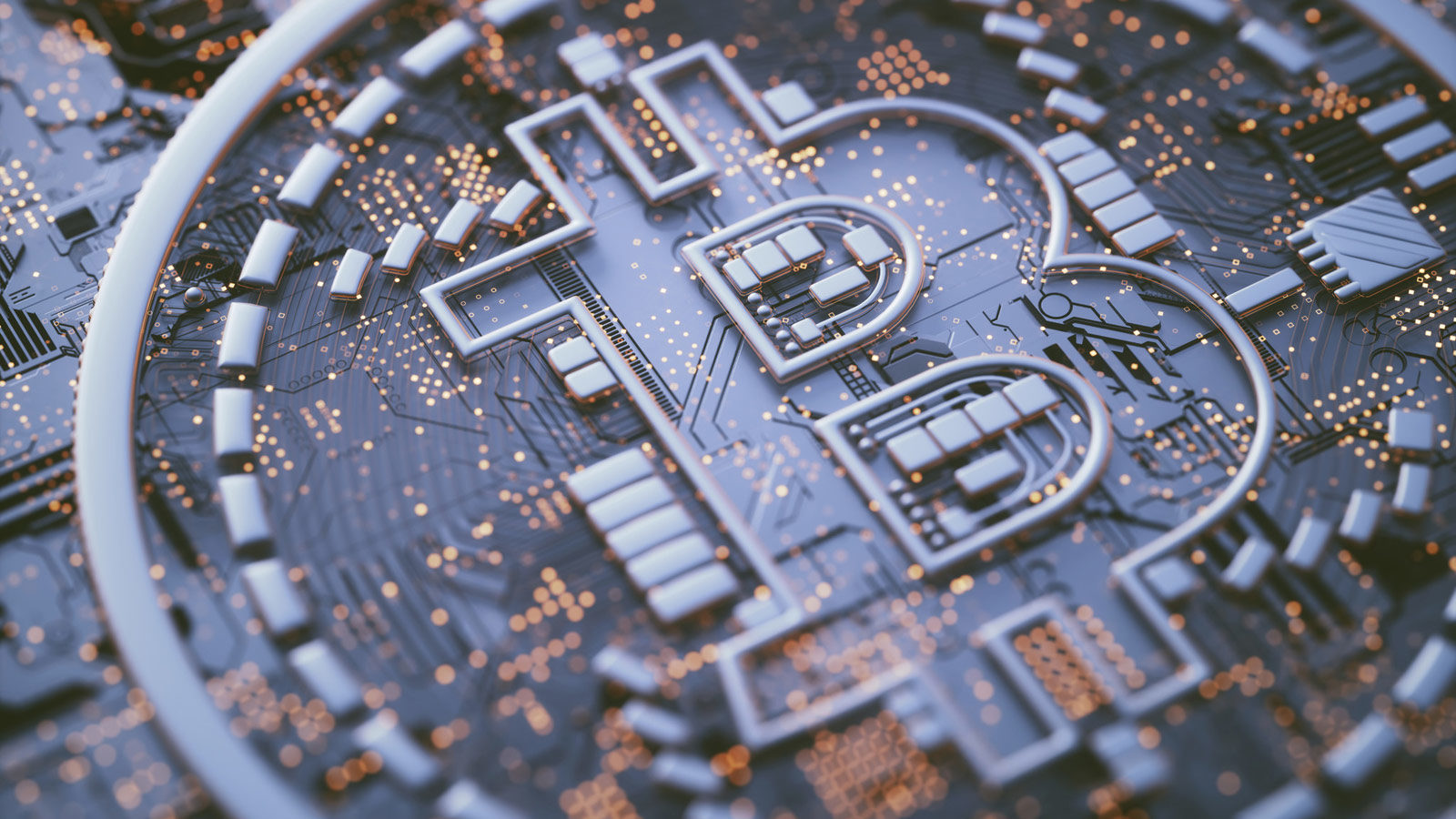 While many countries face record-high unemployment claims and the US is stricken by a series of bankruptcies and riots, stock markets have demonstrated unprecedented growth and recovered almost all their losses since March. But this optimism didn’t last for long – stock markets dropped almost 6% at the beginning of June. Furthermore, futures fell in early morning trading on Monday June 15th, but recovered by the end of the day, indicating that the market is still highly volatile. The topic of coronavirus became highly weaponized in a political struggle between U.S. Democrats and Republicans, which are trying to gain political support from their potential voters by taking radical and polarizing approaches.

On the fundamental level, Bitcoin looks promisingly bullish, as institutional and retail investors look much more positive on Bitcoin amid “kangaroo” equity market. That being said, Bitcoin ended up in a lockstep with stock markets again, and this year it’s more noticeable than ever before.

Let’s take a look at the Correlation Coefficient and see why is it so important for BTC at the moment?

The Correlation Coefficient (CC) – is a statistical measure of the strength of the relationship between the relative movements of two variables and it’s used to measure the correlation between two sets of financial data like stocks, crypto, ETF’s or any other financial instrument.

As we can see on this graph, this year, starting from March, both BTC and S&P 500 followed similar patterns with much stronger correlation than previous years.

It means that at the current stage Bitcoin is not traded as a new “digital gold” as it was anticipated previously, despite that there was a brief period when investors used BTC to hedge against the stock market. As new data shows, that period didn’t last long and BTC went back to the lockstep with the stock market.

What does this mean for Bitcoin?

Does it mean that it’s a new Bitcoin paradigm? Luckily, I don’t think so, as there are other important factors that are still in play.

In April of 2020, Bloomberg released a report, forecasting that this year will be transitional for Bitcoin, as it will transform from a risk-on speculative asset to the cryptomarket’s version of gold. They anticipate that from a volatility perspective, declines in Bitcoin’s reading and the rise for the stock market’s shifts performance favor toward the crypto asset.

Another important point was made by their analysis: 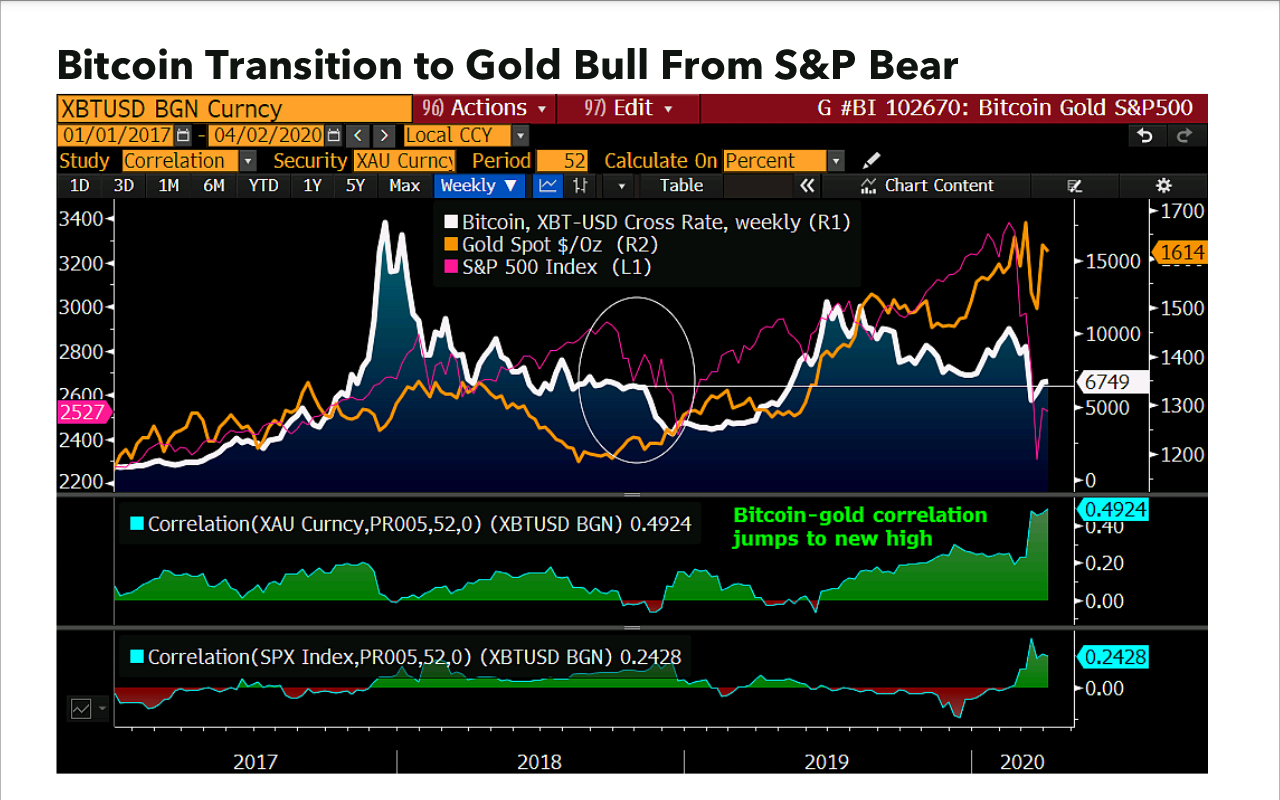 This graphic depicts the 52-week correlation of Bitcoin to gold jumping to the highest.

Despite spikes in most betas to stocks’, Bitcoin’s relationship with gold is about twice that of equities. Bitcoin’s maturation process from speculative appreciation toward a store-of-value mechanism akin to gold should continue – reports Bloomberg.

In Bloomberg’s June report, they supported their vision from April with the following statement:

“This unprecedented year of central-bank easing is accelerating the maturation of the first-born crypto toward a digital version of gold, while accentuating oversupply constraints in most of the market.”

But not all influential financial institutions agree with that – in the recent note to investor clients, JP Morgan Chase analytical team led by Joshua Younger stated that;

“There is little evidence that bitcoin and others served as a safe haven (i.e., ‘digital gold’) — rather, its value appears to have been highly correlated with risky assets like equities”.

“This all likely points to the continued survival of the asset class, but likely still more as a vehicle for speculation than as a medium of exchange or store of value.” JP Morgan concluded

At first sight, the data might look contradictory, as it doesn’t give us an answer whether Bitcoin is a new store-of-value asset or just another digital volatile asset. According to our analysis, both statements are correct but they describe different timelines.

While Bloomberg analysis argues that Bitcoin might become a crypto market’s version of gold, we think that the process might take longer than we originally thought. We do not share JP Morgan’s view that Bitcoin will survive more as a vehicle for speculation, especially after Bitcoin demonstrated significantly less volatility than many traditional equities this year. In our view, Bitcoin is still in its “transitional” phase, hence it can combine characteristics of “digital gold” and “speculative vehicle” depending on the market sentiment at a time. To summarize, we think that Bitcoin will become a digital version of gold within the next 48 months, but until then, it can and will be used as a medium of exchange and “speculative vehicle”.

While we continue to observe equity markets and their movements, we look at a basket of different data sets including the open interest on Bitcoin options contracts, which are expiring next Friday, on June 26th. 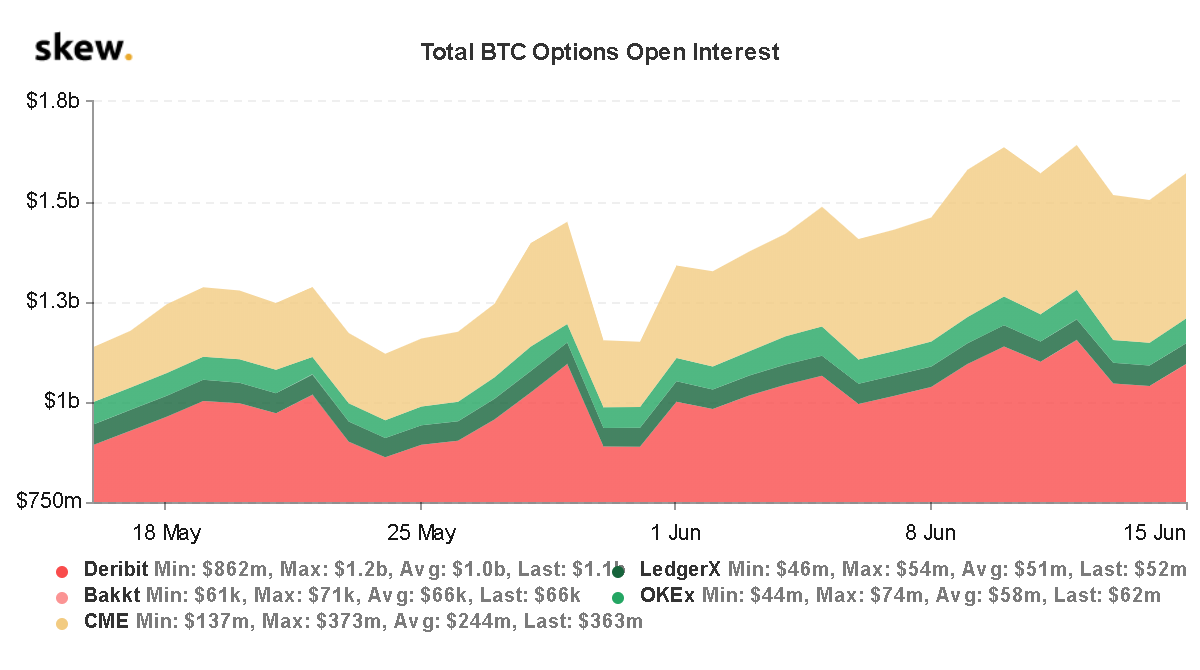 According to the data from “Skew”, the total open interest that is set to expire is about $1 billion. Currently, the majority of CME contracts are made of call options (bullish), while Deribit Bitcoin Exchange options have roughly equal amounts of call to put options, which leaves the market in ambiguity. 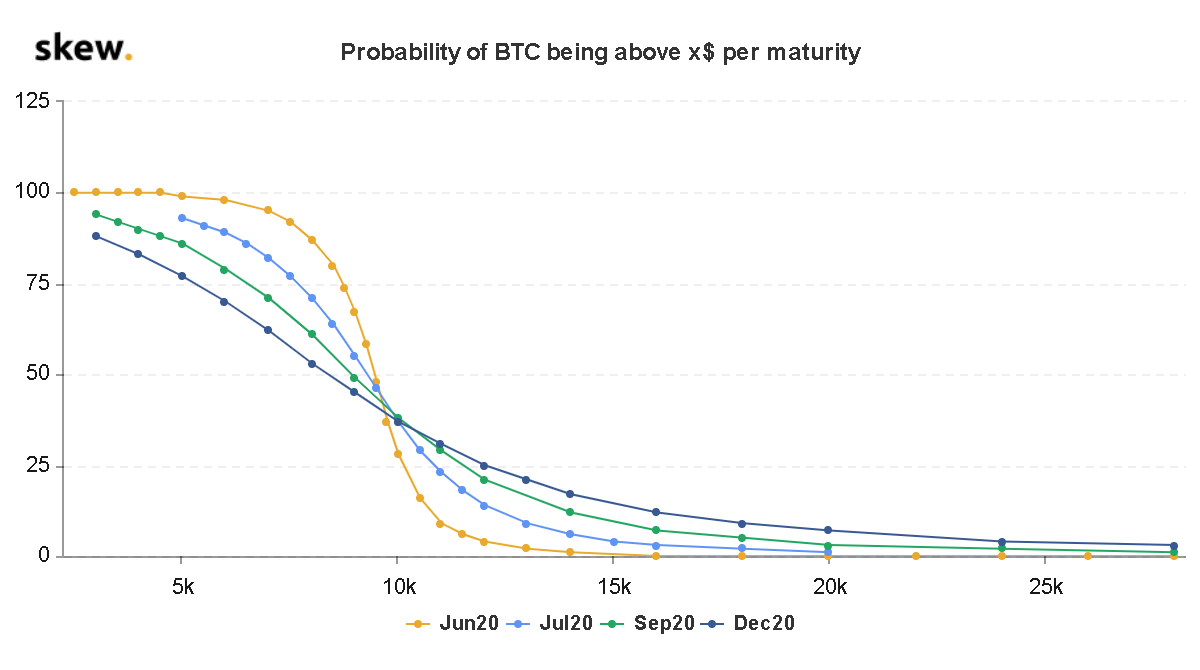 Summary: Bitcoin still remains on the bullish territory, however its performance in the near time depends on the stock market behavior, hence bullish sentiment can swing into bearish sentiment on the same day. We anticipate BTC price to stay within $8200 – $10500 range for the next 30 days, and expect it to outperform the equity market in terms of ROI this and the following year.

As Federal Reserve Chairman Jerome Powell suggested that more fiscal stimulus may be needed before the American economy can make a full recovery from the COVID-19 economical strain, Bloomberg reported that Trump’s administration is planning a $1 trillion infrastructure aid package.

We would like to end on a positive note, as Stephen Roach, former Morgan Stanley Asia chairman and senior fellow at Yale University says that the era of the U.S. dollar may be coming to an end and is forecasting a 35% decline soon in the U.S. currency against its major rivals, citing increases in the nation’s deficit and dwindling savings. In our opinion, this is quite a plausible scenario, which can strengthen the Bitcoin position against the US dollar in the near 12 to 36 month period. Stay tuned to the future, the future is now!